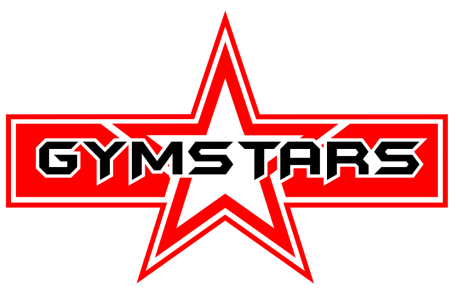 Nicole was a competitive gymnast for 9 years, reaching Level 10, representing NSW at 5 National Championships and competing internationally twice during her gymnastics career.

Upon retiring from gymnastics at age 17, Nicole took up coaching and achieved great results with her gymnasts reaching the State Championships each year.

Nicole's passion for cheerleading was ignited when she watched a friend compete at the 2005 at the fledgeling NSW Cheerleading State Championships. She was inspired to start her own team and her gymnastics background was the perfect starting point.

Nicole is a Level 5 Cheerleading Coach in Stunts, Tumbling and Tosses with the International All Star Federation and a Level 1 Cheerleading and Gymnastics coach with Gymnastics Australia. She also has a BA in Psychology and a postgraduate diploma is Sports Counselling.

Coach Steph started gymnastics at the age of 4, competing in the elite program for 8 years (up to 32 hours/week). She then moved to the National development program for an additional 4 years and in her last year in 2009, was selected to compete in the Australian team for the Maccabiah Games in Israel. That same year she moved to cheerleading with Gymstars for something different where she could keep up her gymnastics abilities. In 2010, she went with her team to Hawaii where they competed in the Aloha Spirit Championships and placed 3rd.

In 2012 her team won a bid to the World Championships in 2013, where they competed and placed 12th. That same year she was selected for the Australian all girl team, where they placed 2nd. In mid-2013, she sent an audition video to The California Allstars, who are a multi time world champion club. She was accepted into the program and moved to California in August that year. At Nationals, with her team, they won a full paid bid to World’s where they competed in 2014. They placed 1st in the U.S. trials and 5th on the finals day. Stephanie arrived back in Sydney on May 2014, where she re-joined her team and competed at Worlds again in 2015. Since then she has taken teams to NCA in Dallas, Spirit Sports in Palm Springs and 2 World Championships.

This is her 10th year coaching at Gymstars and is qualified in stunts and tumbling up to level 6. Steph has completed both her first aid and CPR certificate.

Lauren is 23 years old from the US. She graduated from the University of Maine with a bachelors degree in kinesiology and physical education. Lauren fell in love with cheer at a young age competing with Elite Allstars of Maine as well as her high school team.

Lauren went on to cheer for her University, and won a national title in the intermediate all girl division 1 level in 2016! Lauren has experience coaching a wide range of ages back home and is qualified in Australia to coach levels 1 & 2. Lauren started at Gymstars in August of 2018 and is currently coaching, tinies, youth novice, youth 1 and senior 1. Lauren has her first aid and CPR certificate.

Jaimi has been doing cheer for 10 years, and is now going into her 8th year of coaching. During her time at Gymstars, Jaimi has been selected to compete at the World Championships in Florida in 2015, 2018 and 2019. She has also had the opportunity to compete in Dallas at NCA (USA Nationals) in 2016.

Jaimi has won multiple National Champion titles through both coaching and competing. In 2017 and 2019, she also had the opportunity to take 2 teams to compete in Hawaii at the Global Cheer and Dance Games where her team place 3rd. Jaimi is qualified in stunts and tumbling for levels 1- 4. She also has her first aid and CPR certificate.

Throughout his time competing, he has also won multiple National Championships and was the first Australian to be selected as a 2 time Nfinity Legend.

Jackson is credentialed levels 1-6 both in tumbling and stunting and has completed his first aid and CPR certificate.

Jess has been coaching all star teams at Gymstars since 2012. As an athlete she has won multiple State titles, 2 State Grand Champion titles, 3 nNational titles and was a National Grand Champion with her team in 2015.

Yasmin started off her journey as a competitive level gymnast for 5 years, in which she quickly changed to cheerleading for Gymstars. Yasmin has been a cheerleader at Gymstars for 10 years and of these 10 years has been coaching for 5 of them including coaching competitive teams for 4 years.

She has competed in every level of cheerleading including spending 4 of her years in the highest level team at Gymstars. Of Yasmin’s 10 years at Gymstars she has grown and gained experience through her 5 international trips as a competitive cheerleader including competing at NCA twice, Duel of the Desert and the World Championships twice with Lady Vixens.

As a coach Yasmin has coached chidren of all ages and has coached competitive teams up to level 3, as well as, tumbling classes and holiday programs with athletes of all abilities. She has also completed her first aid and CPR certificate.

Imogen has been cheering at gymstars for 6 years, and 3 of these years she has travelled overseas in high levels to compete against the best of the best.

Imogen loves coaching as it allows her to follow her passion for cheer and can give athletes the same opportunities she got. Imogen’s goal is to create hard working, inspirational athletes. Imogen has been coaching for 3 years, consisting of 2 years of cheer fun, teaching an introduction to cheerleading, and is now beginning to coach younger youth teams.

As Imogen’s athletes grow she hopes to grow as well, and eventually coach multiple teams and create teams full of diligent champions. Imogen has her first aid and CPR certificate.

Millie has been cheering at Gymstars for 8 years and during that time her passion for the sport has only grown.

She has had the opportunity to travel to the USA 3 times with Gymstars - twice for the World Championships in Orlando in 2018 and 2019 and once to Dallas in 2016 for NCA (USA Nationals). Millie has been coaching for two years now - younger youth and novice teams and has loved being able to share her love for the sport with athletes who are the same age she was when she first started.

WANT TO JOIN A TEAM?

If you or your child is interested in joining our Gymstars team, please get in touch to discuss an available class and schedule.